The Unintended Consequences of Getting a Me... 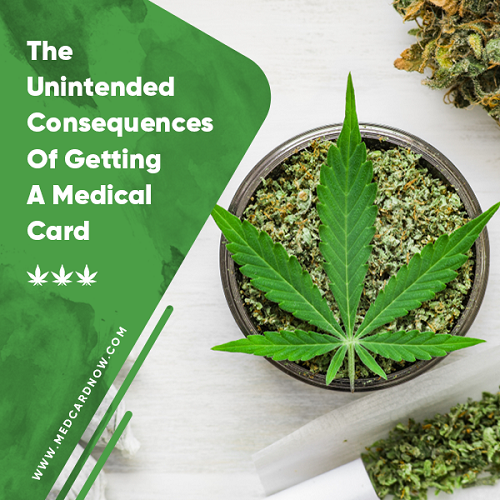 The United States’ decades-long war with drugs is hurting minorities. Some people who do need medical marijuana can’t get their hands on it. After all, not every state has legalized medical weed.

But, for the people who can, they constantly have to deal with the unintended consequences. This has become a real struggle for those who have to live and work with CBD products. We’ve decided to evaluate these consequences and their impact on medical marijuana patients.

Over 3,500,000 people in the U.S. are receiving medical marijuana. Even though a huge chunk of the population has a marijuana card, people are still facing serious problems with using it legally.

The legalization of medical cannabis in Pennsylvania has had unintended consequences. The active compound in the plant makes it an excellent option for treating serious health complications, like seizures, cancer, and Alzheimer’s disease. It has so many uses; it has become a staple in many homes.

While Pennsylvania did vote to permit medical use of marijuana, the current laws don’t provide schools, companies, and businesses with the guidance they need. That’s why these establishments are struggling to deal with students and employees who have been prescribed to use cannabis products.

Most companies have straight-forward policies when it comes to people using illicit drugs, which includes cannabis. In most cases, there is a zero-tolerance policy – if the test comes back positive, you are out.

It is true that many states have legalized weed for both medicinal and recreational purposes, but no CEO wants their workers to come to work with cannabis in their system, let alone work on heavy machinery or operate a vehicle.

When a worker has a random accident or gets hurt on the job, the first thing they will get tested for is drugs. If they have even the tiniest track of drugs, they will get kicked out. The reason for that is relatively simple; business owners want to save themselves from possible legal pursuits. In case of a serious injury, they can receive major fines.

What Are the Unintended Consequences?

The problem is that excellent employees who are qualified to use cannabis for their medical condition will get a different treatment from their employers.

Their bosses will see them as a threat to the company and probable risk of legal pursuit. Since there is no proper guidance for employers, they will struggle to give the job to someone with a medical marijuana card.

The exact same problem appears in educational centers. Being seen with marijuana at school can be a serious issue. But, there is even a bigger problem than that if a student has to receive a prescribed drug while at school, the school nurse will help.

This is impossible. Cannabis can remain in a person’s system for days and weeks. This is a major downside of getting medical cannabis when you can’t really use it.

Marijuana Laws and the Youth

Another major consequence of permitting cannabis for medicinal use is controlling youth. It is true that cannabis has always been popular with the younger generation. But, by easing the laws, it has become much easier to obtain.

While it is highly beneficial for medicinal purposes, it has left an indirect impact on the younger generation. Since the decriminalization emerged, more and more underage children are consuming marijuana illegally.

Some children get cannabis from their homes, while others borrow it from friends. For families with a cannabis card, marijuana is even easier to find. The child knows where the parents keep their medicinal marijuana, so they just go and take it.

As a result, they end up getting arrested for marijuana possession. They fail drug screening and immediately get into trouble. This is a problem we shouldn’t ignore.

What Can Be Done to Change This?

Medical cannabis is a blessing. For many people, it has managed to change their lives completely.

Sadly, the U.S. state lawmakers didn’t take into account educational facilities and businesses when regulating drug use. These establishments must rely on strict policies to avoid getting fined.

The current law doesn’t help schools and companies understand how to cope with people who are using medicinal cannabis. To put an end to this problem, it might be best to do a drug test for people who only show visible signs of being high or can’t do their job well.

Checking with health insurance companies and attorneys can help get legal protection. That way, companies won’t lose outstanding workers who use cannabis.

Schools, however, need a completely different policy. Children who use medical weed must be allowed to go to school and get the help they need. The legislature can end this problem and offer up solutions that will allow every child, no matter their health condition, to attend school.

Another thing to think about would be youth. With more and more people getting access to medicinal marijuana, children will get the wrong impression that they can still use the controlled substance without consequences. But that couldn’t be more wrong.

We have to figure out a way to tackle the cultural readjustment to drug use and the promotion of cannabis. It’s crucial to teach children what marijuana plants are truly meant for, so they won’t abuse it.

The key is to establish trust with children and get them fully acquainted with the substance, including the consequences of using it without medical cards. Of course, this won’t be easy, but it is a step in the right direction.

As you can see, these are all serious issues that have to be addressed. But, it will take time before they can get completely fixed. 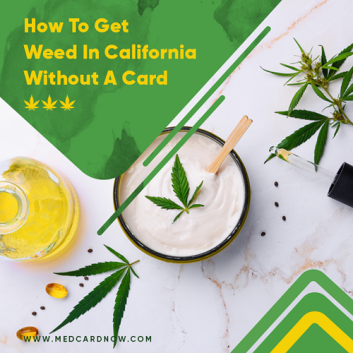 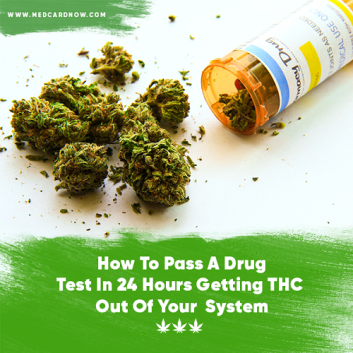 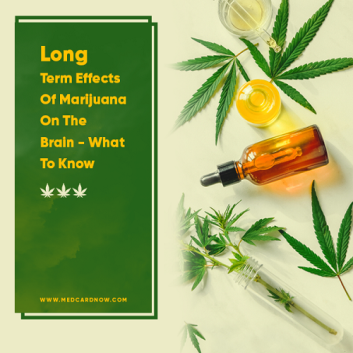