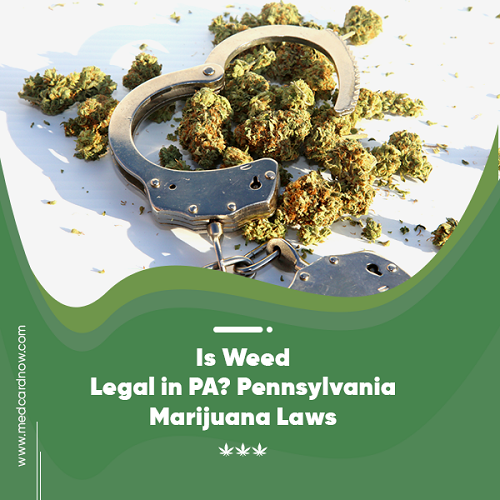 As with so many states in the US the question “Is weed legal?” does not have a straightforward yes or no answer. Rules around the possession, sale and consumption of cannabis are complex and there are many regional variations both within and between states.

Cannabis is illegal under federal law and is a schedule 1 controlled substance, however marijuana laws vary between states and differ for medicinal marijuana and recreational marijuana.

Since Governor Wolf signed senate bill 3 into law in 2016 if you are using marijuana medicinally and follow the rules for purchase, possession and consumption, cannabis can be legal in Pennsylvania.

Patients with a number of serious medical conditions stated as part of the law can obtain a doctor’s recommendation and medical cannabis Id card allowing them to legally purchase, possess and consume medical marijuana. Even with approval and a medical marijuana ID card, there are still limitations as to where they can buy from and how much they can possess. And home cultivation remains illegal unlike under California marijuana laws where patients can grow their own supply, potentially up to 99 plants providing this is how much they need for their condition and they have a growers license.

Possession of marijuana, if you do not have a doctor’s recommendation, remains illegal under Pennsylvania’s marijuana laws and marijuana sales are only licensed for qualified patients. However, marijuana decriminalization has occurred in a number of cities and counties in PA including Philadelphia, Pittsburgh and York, meaning those in possession of small amounts of recreational weed receive a small fine rather than a criminal conviction.

It is not only illegal to possess cannabis but also to have or sell cannabis paraphernalia, in fact, that maximum penalties for paraphernalia are higher than possession of small amounts.

The department of health (DOH) issues medical marijuana ID cards to patients and caregivers as well as permits to growers, processors and dispensaries. Medical cannabis law protects patients and caregivers from arrest or prosecution for marijuana possession, as well as protecting them against discrimination in some aspects of family law. However, patients must be registered and have an ID card before legal protections take effect.

Getting a Medical Marijuana ID Card

Although the medical marijuana program has made cannabis legal for patients suffering from a number of qualifying conditions in order to legally buy and use cannabis in Pennsylvania patients need to do a number of things.

First of all patients need to suffer from a qualifying condition. According to the PA.Gov website “Only patients suffering from one of the following medical conditions can participate in Pennsylvania’s medical marijuana program:

Patients that suffer from one of these conditions first need to register by creating a profile in the medical marijuana registry. In order to do this, they must be a resident of the Commonwealth of Pennsylvania and have either a Pennsylvania Drivers License or ID card issued by the department of transportation. Patients can also designate up to two caregivers that may also register and get a card allowing them to purchase cannabis on their behalf. Patients that are minors must have a registered caregiver.

Once approved patients must then return to the registry and complete their application by paying for their ID card. Only once you have received your card can you legally purchase medical marijuana in Pennsylvania and you must do so from a licensed dispensary.

In most places that have not seen decriminalization possession of cannabis will still be prosecuted under criminal law. Until they legalize weed, possession of up to 30g of cannabis is treated as a misdemeanor and punishable by up to 30 days in jail and or a $500 fine. Distribution of up to 30g with no remuneration carries the same penalty as a possession. Getting caught twice can mean a doubled penalty, and even in areas with decriminalization multiple offenses will mean higher penalties.

Possession over 30g remains a misdemeanor but carries a potential penalty of up to a year in jail and a $5000 fine. The sale or distribution of over 30g is considered a felony and punishable by 2.5-5 years of incarceration and a maximum fine of $15000. Penalties are higher if you are caught within 1000 feet of a school or 250 feet of a play area, selling to a minor or have a previous drug conviction.

Selling within a school zone carries a mandatory minimum sentence of 2-4 years in jail, and school boundaries are so broadly defined that almost everywhere is within a school zone. This gives judges the ability to be much more ruthless when handing out sentences.

Cultivation, also known as manufacture, is a felony even for a small number of plants and carries a maximum sentence of 5 years and fines of up to $15000. The possession of paraphernalia also carries high penalties of up to a year in jail or $2500 in fines. Hash and concentrates are subject to lower weight limits but otherwise carry similar penalties.

In areas where cannabis has been decriminalized the penalties for possession are much lower with fines for a first offense ranging from $25 – $100.

A Move to Legalize Weed

Despite the fact that cannabis remains illegal under federal law cannabis news is full of more and more states that are legalizing cannabis for recreational adult use as well as for medical purposes.

There are 11 states plus the District of Columbia that have already legalized cannabis for recreational as well as medicinal use including Alaska, California, Main, Massachusetts and Nevada. Colorado and the District of Columbia were the first states to legalize in 2012 with the latest state to join the list being Illinois. States looking to legalize include Arizona, Montana and South Dakota.

In 2019 governor Tom Wolf announced a statewide listening tour by lieutenant governor John Fetterman. Lt Gov John Fetterman’s listening tour included stops in all 69 counties and reported high levels of support for both decriminalization and making cannabis legal. The governor has issued press releases calling for the consideration of new legislation especially in regards to assisting recovery from the coronavirus pandemic.

So is marijuana legal? Not yet. Until they fully legalize marijuana under Pennsylvania law you if you want to have your marijuana moment legally you need to be a marijuana patient registered with the medical marijuana program and in possession of a medical marijuana ID card. You can apply for a doctor’s recommendation and ID card here.

If you do not have a serious illness that doesn’t completely rule out getting high as depending on where you are the penalties for possession of small amounts of cannabis is limited to a fine, but this just means it has been decriminalized not legalized so you would still be breaking the law. As always its best to check local cannabis regulation and keep an eye on marijuana news so you know when marijuana is legalized in Pennsylvania.

Is Marijuana Legal in Oregon? Weed Laws in Oregon 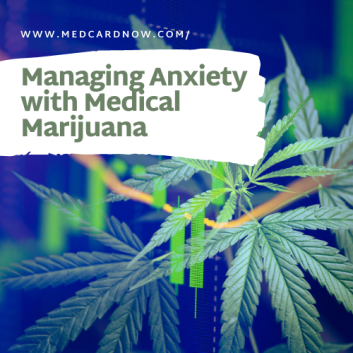