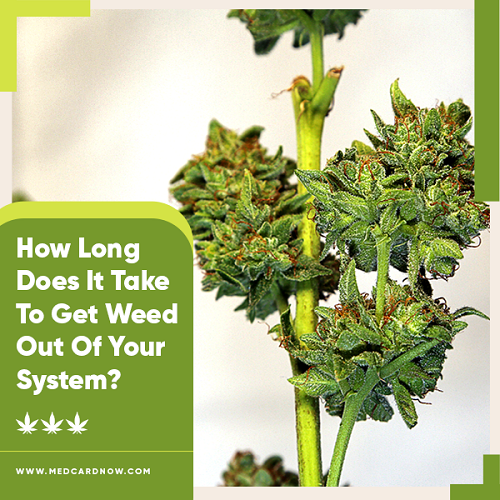 When it comes to illicit drug use, Marijuana tends to outrank other substances. This is the most widely used illicit substance, particularly because it is readily available in most areas. There is also a rise in the legalization of Marijuana use in certain areas of the world. This is contributing to a further increase in the smoking and ingesting of the Marijuana drug though there has a procedure to weed out of your system also.

There is also a major concern among young adults and adolescents smoking weed and eating edibles that contain Marijuana. Recent statistics have shown that an increase in the usage among 8th, 10th, and 12th graders are observed at the moment. The data was presented by the National Institute on Drug Abuse. Among 12th graders, an estimated 4% use Marijuana products on a daily basis. Many more have smoked Marijuana in the past.

Testing for Marijuana may be initiated in students, as well as among adults in the workplace. People often ask how long Marijuana stays in the system. This allows them to determine how long a specific type of drug test may show Marijuana use.

Marijuana In The Human Body

Before looking at how long it stays in your system, it is important to understand how Marijuana acts inside the human body. This helps with an understanding of where the drug can be detected in a person’s system. It also helps to understand how long the drug will be detectable in Cannabis users.

Marijuana users will usually smoke weed. This can be done through what is known as a “joint” or “bong.” Many people use THC oil in a vaping device. Dry vapes can be used to smoke Marijuana pants without the need for turning it into an oil first.

Once ingested, it takes about 15 to 30 minutes to feel the effects of the THC content in Marijuana. This accounts for people who prefer smoking weed. Ingesting Marijuana through an edible takes longer before the effects can be felt. With Cannabis consumption, it may take up to two hours before the full effects become present.

It is the THC content in the Marijuana that causes a person to experience a psychoactive effect. This may cause a sense of both well-being and relaxation. Some people describe a “high” as the time that is slowing down. Chattiness, and altered sensory perception, and giggling often occurs in people who smoked weed.

Once THC levels decline in the body, the effects of the weed will start to fade. It generally takes up to three hours after the last consumption of Marijuana for the effects to fully wear off.

This, however, does not mean all of the drugs have been expelled from the body. Here, it is important to consider THC and its metabolites. The body breaks THC down – it enters the bloodstream and will often even be reabsorbed. While the THC’s effects wear off, there are still THC metabolites that remain in the body.

These metabolites can cause side-effects. Some people have trouble with their sleep after smoking weed or eating an edible. Memory problems are also very common in people who have recently consumed these products. These effects can remain present for a couple of days.

How Long Can Weed Be Detected

The first factor to be addressed when asking how long a concentration of THC can be detected in the system is the type of test that will be conducted. In some cases, drugs of abuse, including Marijuana, can only be identified in a short period of time.

We take a look at the most common types of tests that are conducted. These may be used during job interviews, as well as to assist in the detection of substance use disorders.

The most common way of testing is to ask the person for urine samples. These samples will then be analyzed in a laboratory. They can be used to identify various drugs of abuse. The person may only test positive for short amounts of time after using weed, as the metabolites tend to leave urine faster than some of the other body parts.

Detection time varies from three days up to 30 days, depending on how frequently the user smokes weed. For occasional users, a urine sample may only provide a positive result if the person had smoked weed in the past three days.

Other users need to consider the following factors:

Thus, when a urine drug test is done, the patient should consider how much weed they smoke. Chronic users will be at a higher risk of having Marijuana detected in their system.

In some cases, blood tests are used to assist in detecting the presence of Marijuana metabolites in the body. On average, weed will remain detectable in the blood for up to two days. Thus, the metabolites of the THC content in weed tend to be eliminated from the blood faster than with a urine sample.

In the past, cases, where the metabolites remain detectable in blood for longer periods have been reported. The maximum recorded time is 25 days. This generally occurs in heavy users – such as in those suffering from Marijuana abuse.

Another option is to perform a saliva test. Saliva testing is done by asking the patient for a saliva sample.

The Marijuana metabolites can be detected in oral fluids for up to 29 days, but there are a few factors that affect this detection time.

In occasional users, THC concentrations will generally not be detectable after three days. Sometimes, eliminating THC happens faster. In such a case, a saliva test may only provide a positive result within the first day. After this, the detectable THC will not be present in saliva anymore.

In chronic users, the THC may remain detectable in saliva samples for up to 29 days.

A hair test may provide results for a longer period of time compared to other options.  The THC metabolites may collect in a hair follicle. A follicle test may be conducted. A hair strand may also be collected for testing purposes.

Only trace amounts of cannabinoids in hair will be detectable. Still, hair follicle tests can help determine if a person had recently used weed.

Any amount of THC in hair may remain there for a period of up to 90 days. This helps in identifying the possibility of substance abuse in the last three months.

The specific testing method used is not the only factor that influences test results. There are a few personal factors that people need to take into consideration too.

We take a look at some factors that may affect the time Marijuana remains detectable in a person’s system.

Apart from these, it is also important to consider how much the person smokes weed. Heavy users will have more metabolites in their system. It will also be harder for their system to effectively eliminate the metabolites. In occasional and infrequent users, weed will be undetectable within a shorter period of time. In a person who smokes frequently, it can take several months for the weed to completely leave their system.

Drug screening for Marijuana is often a routine part of a job interview. This allows the employer to know who they are employing Different types of tests may be conducted, with urine testing being the most common. Marijuana drug tests may provide positive results for up to 90 days after the person used weed, depending on the type of test that is being done.