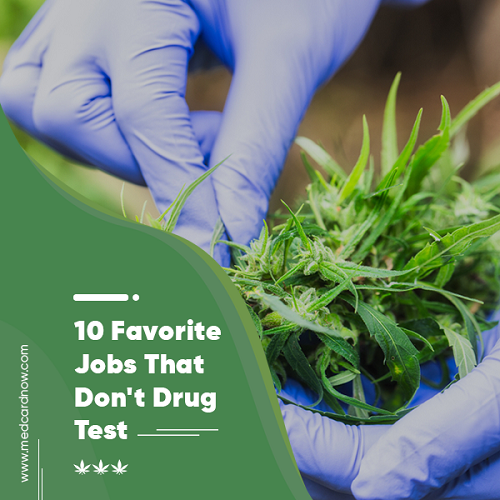 If you use medical marijuana then regardless of your health records you might be looking for jobs that don’t require drug tests. Despite the fact that both recreational and medical marijuana are legal in Californiaaccording to state law employers are still allowed to conduct pre-employment drug tests and even random drug tests meaning that legal use of cannabis could still cost you a job in California.

If you have a condition that would benefit from the medicinal use of marijuana you can apply for a medical card online today.

If you are looking for a job that doesn’t drug test there are certainly a few jobs that you will need to avoid. You’re unlikely to get a job as a bus or train driver for example or a job that requires you to operate heavy machinery.

However there are plenty of jobs out there that don’t require a drugs test especially now that cannabis has been legalized and is essentially the same as drinking. These could include both big employers and smaller employers and of course there are lots of jobs where you can be your own boss. It is worth noting that most employers will still require a drug and alcohol free workplace and reserve the right to test for drugs if they think workers are inebriated while at work.

California became the first state to legalize marijuana for medicinal use in 1996 and 20 years later in 2016 legalized the recreational use of marijuana as well. Yet the law expressly allows employers to retain a drug and alcohol free workplace which includes having policies that prohibit the use of marijuana for both employees and prospective employees.

According to the law cannabis use is treated in a similar way to alcohol use. Alcohol is legal for any adult, the same as cannabis but employers can require staff not to come to work intoxicated and discipline them if they do. With this reasoning it doesn’t seem unreasonable to require employees to undergo drug tests if they are thought to be intoxicated.

However, unlike alcohol, employees and job applicants can test positive days or even weeks after the last time they consumed as a test for drugs doesn’t test for current intoxication. Because employers choose their own drug test requirements this can make it difficult for job hunters to know which jobs they should be applying for, especially if they use cannabis medicinally to treat any number of health conditions.

California is also one of the few states that includes a right to privacy in their constitution which further muddies the waters when it comes to drug testing policies. The courts have held that an individual’s right to privacy is implicated by drug test policies but this does not mean that drug testing is illegal or that it no longer happens. Cases where individuals have been required to undergo a drug test are judged on a case by case basis weighing up the need or reasons for a test against the intrusion.

Courts in California have upheld pre-employment drug testing as long as testing is applied to all applicants and is not used to discriminate a gainst or exclude applicants with certain characteristics. This means that you could be refused a job just because you use cannabis medicinally and completely within the law.

Increasingly employers are updating their drug test policies due to the fact that legal cannabis use could exclude otherwise great employees. Some may choose not to drug test at all while others may retain their testing requirements but turn a blind eye to cannabis use letting potential employees know that they must not use it on the job and trusting that they will abide by that rule.

Jobs that don’t drug test tend to be those that are not safety sensitive. For example Target only tests for safety sensitive jobs such as security guards and machine operators and Goodwill have stopped pre-employment testing for retail workers.

Job seekers who use cannabis on a regular basis should look for the kinds of jobs that are not safety sensitive as these jobs, driving, operating machinery etc are more likely to ask for urine samples. There are however plenty of jobs in both the public and private sector that are willing to turn a blind eye for the right candidate. You might be a computer programmer, a floral designer or a web designer or or digital marketer and have no problem with being tested at work.

Employers may also be more lenient towards individuals who need cannabis to treat a medical condition. You can get a medical card and a doctor’s recommendation quickly and easily by applying online today. 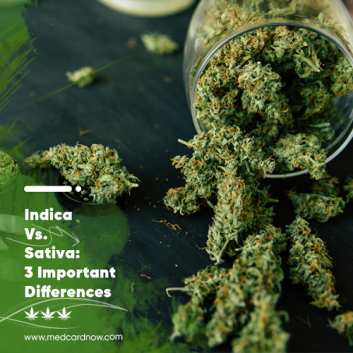 Cannabis is a plant, a flowering herb, that has psychoactive properties. There are hundreds of strains of cannabis that come...